Episode 88: The Intersection of Spirituality and Business with Manasi Kakade

Practical Spirituality Mentor Manasi Kakade shares her knowledge and wisdom on the intersection of spirituality and business and how Bridgewalkers can master their 7 Chakra through practical business actions. 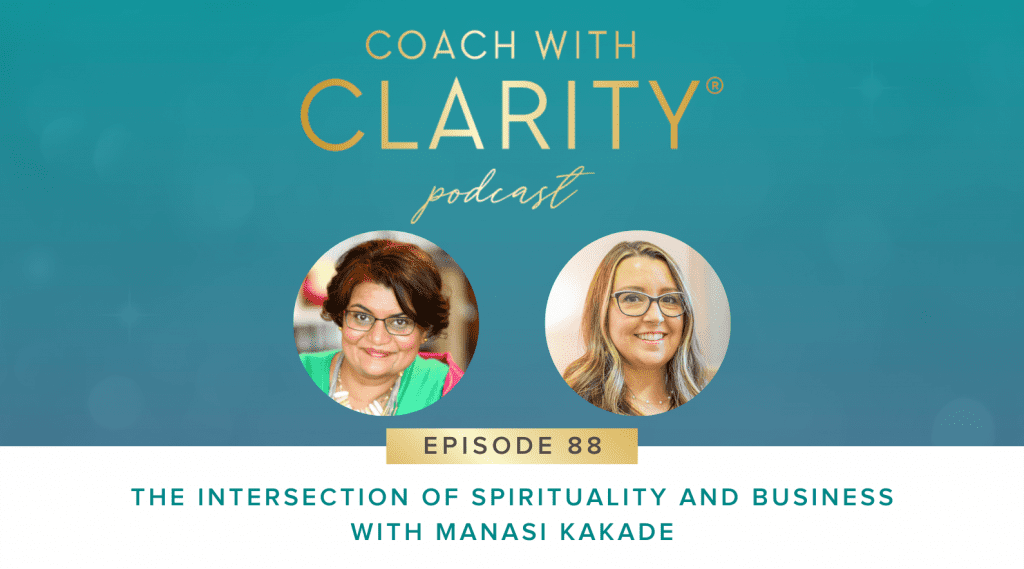 88: The Intersection of Spirituality and Business with Manasi Kakade

Exploring the intersection of spirituality and business has always been an interest of mine and today I have a very special interview to share with you.   I'm joined by Manasi Kakade, a Practical Spirituality Mentor, and Speaker for Bridgewalker visionaries. She describes Bridgewalkers as analytical, critical thinkers fascinated by spirituality.

Exploring the intersection of spirituality and business has always been an interest of mine and today I have a very special interview to share with you.

I’m joined by Manasi Kakade, a Practical Spirituality Mentor and Speaker for Bridgewalker visionaries. She describes Bridgewalkers as analytical, critical thinkers fascinated by spirituality. Manasi teaches Bridgewalker coaches, healers, artists, and authors how to master their 7 Chakra through practical business actions and create an unshakable internal foundation that leaders need to deliver their visionary message and mission through their business.

In this thought-provoking conversation, we dive into what it looks like to connect spirituality and business and Manasi drops one truth bomb after the other. It literally took my breath away and I will be listening to this conversation again because there are so many gems in what she shared with us.

Well hello, my friend, and welcome to the Coach with Clarity podcast. My name is Lee Chaix McDonough, I'm your host, and today I have something very special to share with you. I had the privilege of interviewing Manasi Kakade today, and I cannot wait to share our conversation with you. Manasi describes herself as a practical spirituality mentor. She is a speaker and a writer. And she serves those that she calls “bridge walker visionaries”. So a bridge walker is someone who is an analytical critical thinker, who is also fascinated by spirituality. She sees us as being on the bridge between spiritual and material worlds. And our role is to help the planet thrive by collectively bringing in new systems and new structures that are rooted in love, kindness, and equality. And I am so excited by our conversation because we really dive into the intersection of spirituality and business and what that can look like certainly within the coaching sphere, but really, within entrepreneurship in general. This has always been an interest of mine. In fact, many of you know that my very first podcast, the “Work Your Inner Wisdom” podcast, explored that intersection of spirituality and business. So I kind of feel like I get to go back to my roots a bit with this interview with Manasi. It is thought provoking, it is exciting, and I cannot wait for you to hear it. So that's enough for me. Let's dive in. And I am so proud to share my interview with Manasi Kakade. 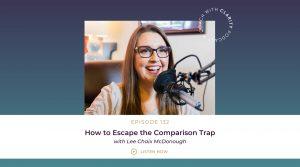 Episode 132: How to Escape the Comparison Trap 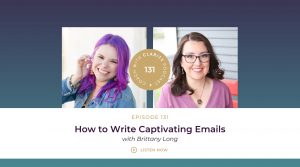 Episode 131: How to Write Captivating Emails with Brittany Long 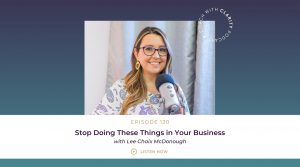 Episode 130: Stop Doing These Things in Your Business